Hi Fernanda, how you coping in this crazy time?
I think like anybody else. Trying to keep positive and make my part to avoid the pandemic to grow. It is everyone's duty now.

How different was your life two months ago?
Well, I was traveling so much before all this. And I miss very much to reunite with my friends ... During the weeks, when I was home we usually meet with friends for dinners in someone's house, or to have some drinks in some place...

How has this “situation” affected the connection with your fans?
I'm trying to keep in contact by the social communities.

You were born in Brazil, but now you live in Spain. Are you a fluent Spanish speaker?
Yes, I'm now.

Why did you move to Spain? What’s hot in Barcelona?
I moved to Barcelona in 2008. I love the city, there are some many good things about this city, and the weather it is a plus.. 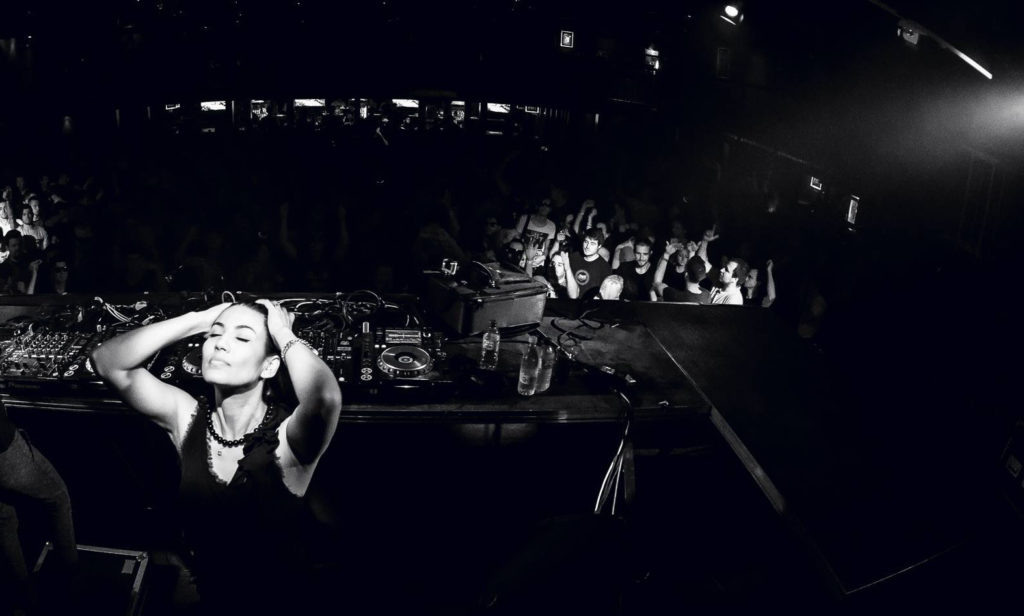 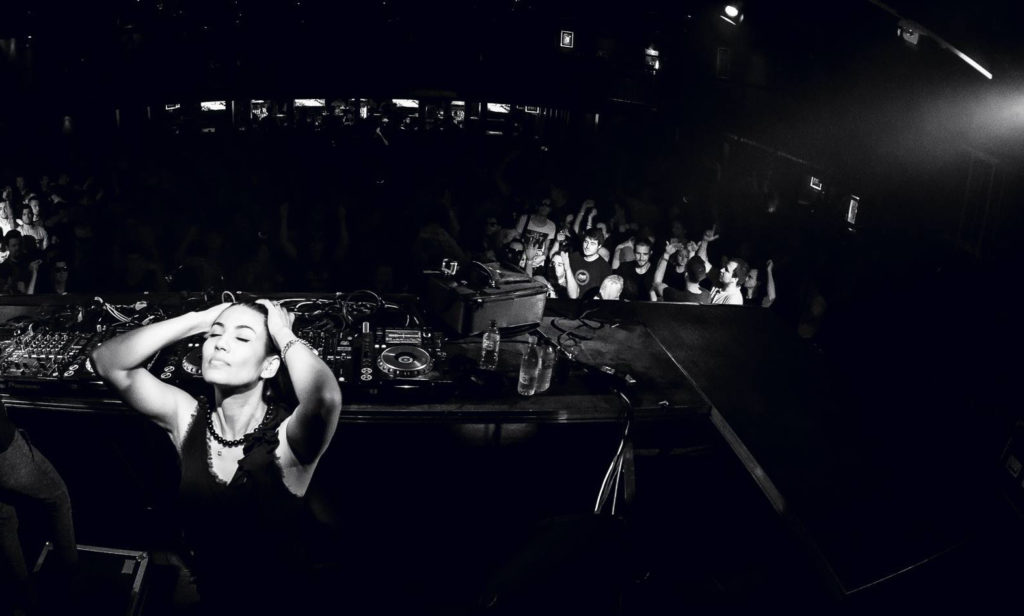 What is special about the place you grew up?
The city I was born is very small and super cool. It's surrounded by a very nice National Park called ¨Parque Nacional do Iguaçu¨, where it is one of the biggest waterfalls in the world. It's a beautiful place.

Do you miss Brazil? What about Brazilian sweets (we heard that Brazilians are crazy about their sweets)?
hahahah you are right! They are. I do make some Brazilian sweets at home. The one I make more is called ¨Brigadairo¨ ... Its very popular in birthday parties ... Check it on Internet! It is pure chocolate pleasure!
Of course I miss Brazil. Mainly, my family and friends. But actually, the political scenery makes me happy to be living out side of the country.

Are you movie person?
Yes, but who isn't! And to go to the cinema is something I'm missing now too!

What movie can you watch over and over without getting tired?
Snatch ¨pigs and diamonds¨ from 2000.

Would you recommend us any?
Now everyone has more free time I would say to you to watch 'Democracia em Vertigem' (in english ¨Democracy in Vertigo¨). It is a documentary directed by a Brazilian woman that was indicated last year to the Oscars... It's about the political situation we have there now in Brazil.

I also watched some days ago ¨Sergio¨, it is interesting to understand some stuff about the war in Iraq. It is not Brazilian, but main actor is Brazilian and it is the history about a Brazilian guy that worked at ONU, trying to solve difficult conflicts.

Any good Brazilian movies about drugs and the techno scene?
About techno scene, I don’t think so. About drug smuggling many has this content in the script, but I'm not sure if there is one just focused in drugs. But there is a book about it I read ¨Meninos do Trafico¨ (in English it would be ¨ Trafficking Boys¨)

Do you remember your first gig? Where was it?
Of course I do! It was at Stereo Club, in Curitiba (Brazil). 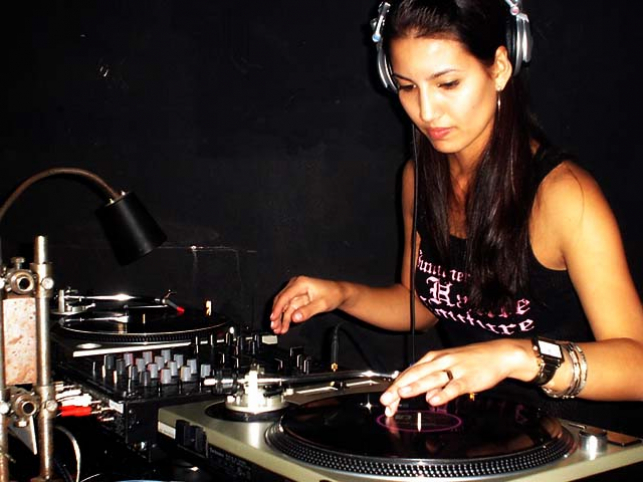 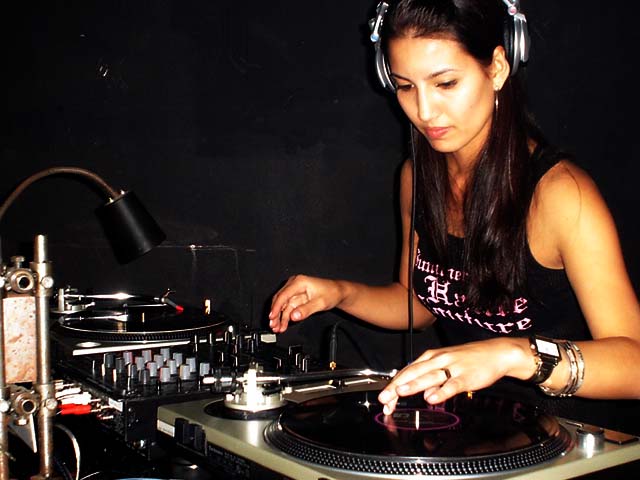 We know that you are touring all over the world. Is there any difference between the crowd in South America and the crowd in Europe?
Some crowds have some similarities, but they are different from country to country. And even from city to city.

What is your favorite place to play?
I will name some cities; for example Madrid or Barcelona, Porto, Sao Paulo, Bogota, Naples, Frankfurt, Koln, Zagreb, Ljubljana ... and so many!! Of course, many cities in Czech republic as Brno or Praha.

We also know you are running a record label called Devotion. How did you start?
Since 2014 we (me and my partner Lucas Freire) were talking about to run a Techno Label. In the end of that year we started working on it and the first release came out in the begging of 2015. Since than, we changed the focus of the label regarding the style of techno we want to release. Nowadays we are releasing basically what the general public would catalogue as totally ¨underground¨ music. You can find hypnotic, raw, mental, acid, dark, driving techno tracks and some other subgenres of the style.

How do you like Czech Republic? We know you have been here numerous times, for example Apokalypsa Brno - the 20 year anniversary! And we are still hoping we will see you at Beats for Love (fingers crossed).
I just can say it is one of my favorite countries to play. I love the energy and the passion of the crowd.
Yes, I hope we can meet at beats for Love too! :)

What’s your favorite food in Czech?
I don't know. As I'm vegetarian, when I play in CZ they usually take my to some vegetarian restaurant. So I'm not sure if I already had a vegetarian dish that is typical from the region.

Beer?
All them. I drink all the beers I find in front of me heheheh

And what about the audience?
As I said before, one of my favorites.

And the last question. Is there anywhere in particular that you would recommend to a techno tourist travelling to Brazil and Spain?
For techno, I would suggest 3 places:
D-edge club in Sao Paulo; Caos in Campinas, Vibe Club in Curitiba.